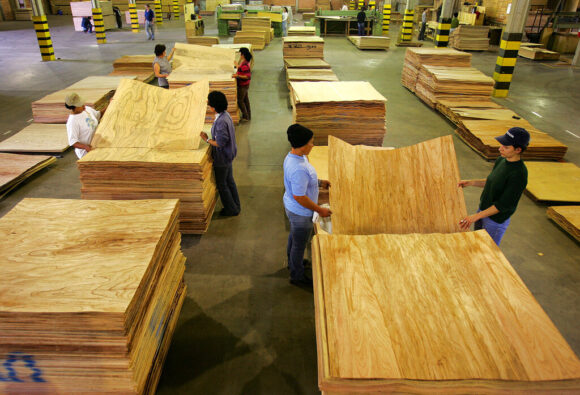 Less than a month after a federal judge barred a Brazilian firm from certifying any more plywood due to questions about the material meeting U.S. standards, a new certification organization has popped up.

A U.S. plywood coalition is crying foul and its attorney has likened the Brazilian plywood issue to the infamous Chinese drywall problem of the mid-2000s, in which thousands of properties were built with drywall containing hydrogen sulfide, which allegedly corroded electrical wiring and sickened homeowners.

The U.S. Structural Plywood Integrity Coalition last week asked a federal court in South Florida for an injunction, blocking Forestwood Industries from certifying that Brazilian plywood meets what’s known as the PS1 standard required by most U.S. building codes, the coalition said in a statement. Forestwood is accredited by A2LA, a Maryland-based testing laboratory.

Also last week, a Miami-Dade County building code official posted a memo warning against the use of the PS1-certified material from Brazil.

“Building officials and inspectors should be made aware of these inferior Brazilian plywood products bearing the PS-1 stamps and not accept these stamps as a means of indicating code compliance,” reads the June 15 memo from Jaime Gascon, engineer with the county’s Board and Code Administration Division.

“In a nutshell, this is a put-up or shut-up moment for Forestwood and A2LA,” said Mike Haglund, lead counsel for the coalition. “The publicly available evidence and our investigation show that Forestwood is unqualified to act as a plywood mill certifier under the strict requirements of the PS1 standard governing structural plywood sold in the U.S. Unless Forestwood can prove otherwise, which we believe is highly unlikely, an injunction should issue within a matter of weeks.”

Forestwood has asked the court for more time to respond to the motion. The firm began certifying the wood from 17 Brazilian plywood mills just three weeks after the U.S. District Court for the Southern District of Florida in late May issued an injunction against the previous certification organization, PFS-Teco. Officials with the New York-based company could not be reached for comment Monday.

The U.S. plywood coalition, made up of nine companies with 11 plywood plants in the Southeast and the Pacific Northwest, had charged in a 2019 lawsuit that PFS-Teco’s certification process did not meet American standards for use in floors, walls and roofs.

The material experienced “massive failures” during testing by the American Plywood Association and other testing labs, according to the coalition and news reports.

The Brazilian plywood has become a top issue in the U.S. building and construction industry as building material costs have soared in the last 18 months. In 2021, Brazilian plywood, usually available at a lower price than American-made products, made up 11% of the supply of the material in the United States, with much of that used to rebuild and restore homes in Florida and Puerto Rico after 2017’s Hurricane Maria, the coalition said.

The court’s permanent injunction in May was seen as a victory for the U.S. industry, but left many distributors stuck with the allegedly sub-par material.

“Everyone currently holding this inventory is now on notice that it should be considered off-grade, which means the PS1 grade stamp on each panel should be obliterated before resale or the panel destroyed,” the Portland-based Haglund said in a news release at the time.

Haglund on Monday compared the Brazilian plywood issues to the Chinese-manufactured drywall debacle as well as the flooring fiasco, in which Lumber Liquidators was sued for allegedly knowingly importing Chinese-made flooring material that contained formaldehyde, a possible carcinogen.

He said that builders who may have used the suspect Brazilian plywood may not have known of the problems until recently, when the court cases gained widespread news coverage. If a structure is damaged in a storm, it will probably require a case-by-case examination to determine if the plywood was at fault, he noted.

@Michael_Haas @Michael_Lingley @Nic_Wilson @Gray_Skipper @Andrew_Gibson
What do you all think of this development to the discussion you had participated below Florida Сourt’s permanent injunction stops sale of Brazilian plywood - #25 by Michael_Lingley
Would also be great to hear from @David_Stallcop and our friends from south of the border @Franz_Niederwieser etc. …

I think that’s great info and glad folks are figuring out. It appears the Brazilian plywood business has a few kinks to work out?

Who knows whether or Knot this is resolved anytime soon.

It certainly could be a while until this issue is resolved. Would leaving this problem unresolved and sitting in these “in-between” stages cause more problems for business owners/the industry than if the decision was finalized, regardless of the direction? @Michael_Lingley @Nic_Wilson @Gray_Skipper