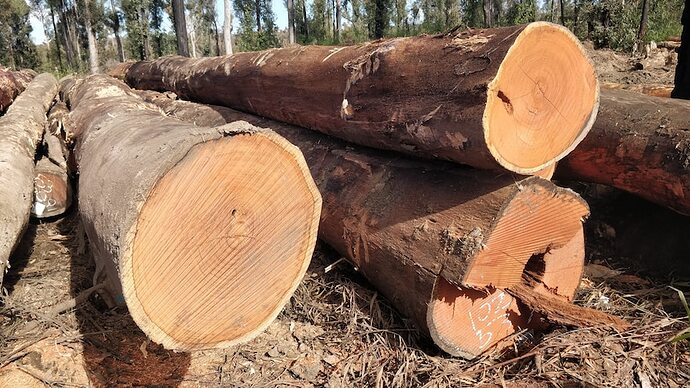 Conservationists say timber should no longer be sourced from native forests.(Supplied)

Continuous breaches of native forest regulations by Forestry Corporation show a systemic pattern of noncompliance despite the lack of profits from the industry, a state inquiry hearing has heard.

The hearing, held in Moruya on the New South Wales South Coast, is part of an ongoing state Legislative Council Inquiry investigating the long-term sustainability and future of timber production statewide.

It comes after Forestry Corporation was issued multiple fines amounting to $78,000 for breaching forestry rules, including destroying hollow-bearing trees and critical habitat for endangered wildlife.

The inquiry heard that the Environmental Protection Agency (EPA) was under-resourced and unable to swiftly prosecute breaches.

“It can take months if not years before any action is taken, and in terms of wildlife it’s too little too late, as those trees are gone,” National Public Affairs Manager for Birdlife Australia, Sean Dooley said.

The habitats of threatened species on the South Coast such as Mogo, Bodalla and Brooman State Forests had been impacted, the inquiry heard.

South East Region Conservation Alliance Committee (SERCA) member Lisa Stone recommended that Section 69ZA of the Forestry Act, which prevents Forestry Corporation from being brought before a court, be repealed.

Only the state Environment Minister or the Department of Planning and Environment can take legal action against the corporation.

“No citizen can bring Forestry to court for breach of any law or any act, no matter how great the damage is,” she said.

Conservationists have been protesting the logging operations in NSW for many years.(ABC Illawarra: Jessica Clifford)

The economic viability of the native logging industry was also called into question at the hearing.

The representatives cited a 2021 Frontier Economics report that revealed the industry generated $2.3 million from hardwood from 2015 to 2020, as opposed to $64m in the same period from softwood plantations.

The report argued that the significant gap suggested a poor return on the investment of taxpayers’ dollars.

“It’s not a highly visible or viable part of our community and yet this industry is sustained at a time when there is a deep wounding in our community about what we’ve lost in terms of environment,” SERCA’s Julie Mills told the inquiry.

She said she was shocked to witness salvaging operations at Mogo State Forest after the 2019-20 summer bushfires.

“I saw an enormous logging truck loaded with burnt logs and I just couldn’t believe it, but when I contacted Forestry Corporation, they said they had a permit to do it,” she said.

“When you saw the forests in that area at that time, it was truly gobsmacking how little was left.”

Representatives from Pentarch Forestry, a company that provides harvesting services to Forestry Corporation, were questioned on the decline of their business from native forest logging.

“Have you had to increase the volumes of timber you’ve purchased from [sources other than Forestry Corporation] to try and offset, or have you just seen a downturn in your business as a result of reduced supply?” Independent Legislative Council Member Justin Field asked.

“Each year with what timber is available to us, we look at what we can market and then what opportunities there are to get other timber at the site,” Pentarch Forestry regional manager Charlie Fisher replied.

“But you’ve seen a downturn, then, as a result of the reduced supply on your contracts from Forestry Corporation?” Mr Field asked.

Despite this Pentarch Forestry said cutting down certain species of trees through salvage operations could be beneficial for forest regrowth.

“What we’re struggling against is the prescriptions and the rules that exist to protect individual habitat trees in more coastal areas being applied to an entire forest,” executive director Stephen Dadd said.

“We are seeing literally millions of tonnes of good quality logs off-limits to industry and those who would seek to restore forest health through forestry activity.”

The inquiry will next move to the North Coast of NSW by the end of this month.

The final hearing in Sydney is due to take place in early May.