The environmental crisis is rooted in the same systems of oppression as capitalism and colonialism. We cannot tackle one without addressing the other two.

I’m not suggesting that we shouldn’t exchange products or services for money, but we do need to adopt business models that put people and planet alongside profit – and fast.

Markets and trade have been around for thousands of years but capitalism is a more recent construct. According to Andrew Zimbalist, Howard J. Sherman and Stuart Brown, capitalism is “a system wherein the means of production… are privately owned and run by the capitalist class for a profit, while most other people… work for a wage”.

It relies not just on the exchange of sufficient goods to meet our needs, but on the generation of surplus – and that means taking more from the Earth than we need. 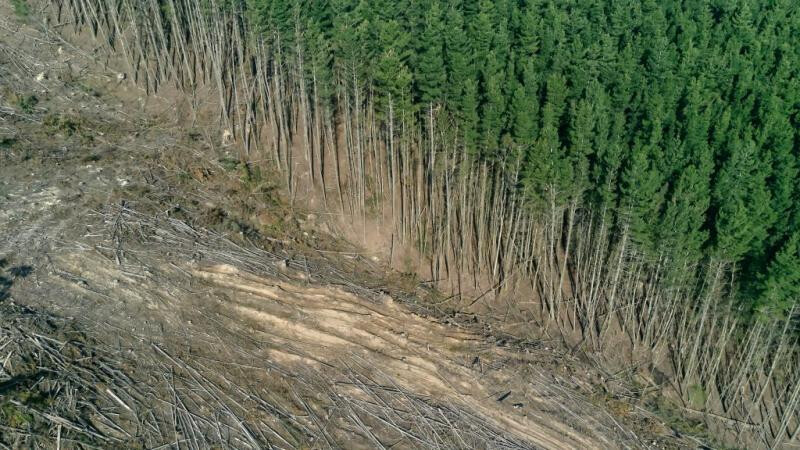 Western history books tell us that capitalism replaced feudalism and is the better system. However, they often omit the period between the two from 1350 to 1500 when, according to author of Less Is More Jason Hickel, former serfs built co-operative societies, producing what they needed on common land.

As peasants regained control of the land (as much as 90 per cent in Germany), they restored a reciprocal relationship with nature, reversing the deforestation, loss of soil fertility and overgrazing that had occurred under feudalism. But they didn’t generate a surplus for the elite, so something had to change.

In a process called “enclosure”, common lands across Europe were seized, crops burned, and millions of peasants forced away from their livelihoods. Across the Global South, land and bodies were “enclosed” at a much greater scale.

As Hickel explains, “the rise of capitalism in Europe… hinged on commodities that were produced by enslaved workers, on lands stolen from colonised peoples, and processed in factories by European peasants who had been dispossessed by enclosure… bodies were appropriated for the sake of surplus accumulation”.

Infinite growth on a finite planet doesn’t stack up

Enclosure and colonialism caused a shift away from stewardship of natural resources towards control for profit. More efficient farms and plantations with less “wasted” land reduced biodiversity. When you understand that, today, Indigenous peoples comprise less than 5 per cent of the global population and yet protect 80 per cent of what’s left of Earth’s biodiversity, you start to see the enormity of tearing them away from the environments they nurtured for millennia.

Capitalism relies not only on surplus, but also on growth. In proto-capitalist models, profit was invested into non-productive ventures such as cathedrals or pyramids. Today it is poured into expanding production capacity and increasing profit, resulting in a feedback loop that requires more and more extraction, energy and labour.

It doesn’t take a mathematician to work out that infinite growth on a finite planet doesn’t stack up. We are using 1.5 times the natural resources Earth can regenerate every year, and according to the authors of Waste to Wealth, Peter Lacy and Jakob Rutqvist, that figure is set to double in the next decade. The energy required to turn these increasingly scarce materials into products to sell for profit almost always generates carbon dioxide.

We can’t keep generating more carbon while simultaneously reducing emissions by 45 per cent by 2030 to reach net zero by 2050. Meeting these targets – part of the Paris Climate Change Agreement – is vital if we are to avoid passing a series of irreversible tipping points towards systems collapse.

In his review of the first two volumes of research to come out of Rem Koolhaas’ graduate seminar at the Harvard School of Design, philosopher Fredric Jameson said “it is easier to imagine the end of the world than to imagine the end of capitalism”. Twenty years on, we are confronted with our own extinction daily, so perhaps it is about time we start to imagine decoupling from a system that lionises surplus and growth at all costs.

Publicly listed companies are legally obliged to serve shareholders’ “best interests”, often interpreted as maximising profit. B Lab – the organisation behind the social and environmental certification, B Corp – is trying to change this. Certification requires changing a business’ “articles of association” to create a legal obligation for directors to consider the interests of all stakeholders, i.e. people and planet, not just shareholders.

The design industry is well-placed to lead the charge. From architecture firm We Made That to lighting restoration brand Skinflint, companies are already getting on board.

Cornish design brand Green & Blue considers nature its primary stakeholder, making habitats for solitary bees, birds and bats. Sebastian Cox makes furniture not based on market demand but on what can be made from the timber that comes out of woodlands managed for biodiversity.

Boardroom 2030 is a model that encourages this type of thinking. The idea is to invite different stakeholders – young people, employees, representatives from marginalised groups, members of local communities, even advocates for the more-than-human world – to take part in board meetings. Watching the Eden Project’s mock youth board meeting live at Cornwall’s Boardroom 2030 activation earlier this year, it was exhilarating to see the perspectives of experienced board members shift as young people posed new and difficult questions.

Creative thinkers within architecture and design practices have been challenging traditional business models for decades. Architecture studio RSHP is owned not by its founders or directors, but by a charity. It does make a profit, but everyone gets a share and donates 20 per cent to good causes. In 2007, the firm’s late co-founder Richard Rogers said: “A very major part of my architecture is about trying to create a world which is influenced for the better through public space and private space.”

Amsterdam-based New Heroes operates a model co-founder Lucas de Man describes as “a social-freelance organisation”, in which no-one is directly employed, staff choose projects and roles, there are only two pay grades and all are entitled to sick pay. De Man argues that this trust-based system is better for the environment because it promotes collaboration, diversity and innovation.

We have just eight years to avoid existential catastrophe. The question is not whether we have time to rethink capitalism, but whether we have time not to. Design practices must lead the way in putting people and planet alongside profit if we are to get through this decisive decade with any hope for the future.

Katie Treggiden is an author, journalist, podcaster and keynote speaker championing a circular approach to design. She is the founder and director of Making Design Circular, a membership community for designer-makers who want to become more sustainable. She is also a Dezeen Awards judge.