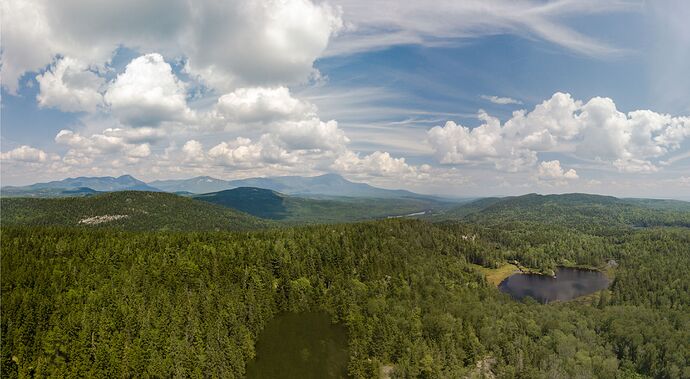 Developed by the American Forest Foundation and *The Nature Conservancy, the Family Forest Carbon Program enables family forest owners to access climate finance from carbon markets—empowering them to help address climate change while earning income from their land.

Up until now, family forest owners (owning properties between 30 - 2,000 acres) had almost entirely been excluded from carbon markets due to complexity and high upfront costs. And because they own the largest portion of forestland in the United States, leaving them out was essentially shorting the potential of our forests to address climate change, withholding economic opportunities from rural Americans and limiting the carbon credit supply for companies.

The Family Forest Carbon Program was designed to simultaneously meet the needs of family forest owners, policymakers and companies as we all work together to sequester and store carbon.

Get more information about how the program can help you meet your climate goals.

Taking a step forward for transparency and credibility, the Family Forest Carbon Program has developed a new forest carbon accounting methodology to measure and verify the carbon sequestered and stored by the landowners enrolled.

This new approach provides a highly credible claim of additionality.

Inspired by medical trials that use a control group, our new methodology uses observed baselines to measure the performance of a forest practice on an enrolled property compared to unenrolled properties that are conducting business as usual forest practices (via the U.S. Forest Service’s Forest Inventory and Analysis (FIA) data). This method isolates the Family Forest Carbon Program as the single variable that contributes to the carbon removed and reduces the challenges around projected baselines most commonly used in existing carbon projects.

Our new methodology is being reviewed and validated by Verra, the globally recognized nonprofit organization that oversees the Verified Carbon Standard (VCS), and is pending final approval in 2022.

Learn more about how your company can partner with us as we grow this innovative solution.

A win-win for American landowners

The Family Forest Carbon Program pays small forest holders upfront to implement climate-smart forestry practices that go above and beyond what is otherwise common practice. The program also provides landowners with professional expertise and guidance to help them transition to sustainable management long term.

Are you a landowner interested in enrolling your small forested property in a carbon program?

More than 1/3 of U.S. forests are stewarded by individuals and families, and it’s time we support their conservation efforts.

Economic Opportunity for Family Forests (2:25) The Nature Conservancy, The American Forest Foundation, and Amazon are working together to help family forest owners bring in income through sustainable forest management, which has been proven to play a significant role in sequestering more carbon.

The United States is home to an incredible treasure trove of natural resources. Across the country, 38% of forest land is owned not by the federal government, nor by large forestry corporations, but by families and individuals who are stewards of the forest and strive every day for their own economic security.

These private forest lands serve many economic and recreational purposes and provide over 90% of our nation’s domestically produced forest products, including the timber needed to build homes and businesses.

Over the past several years, there has been a renewed conversation around the efforts to improve the sustainability of forests. All too often, these small landowners have been excluded from the national climate change conversation and the opportunity to participate in the carbon credit market, which could both provide families with sustained revenue and bring meaningful climate change mitigation practices to fruition. 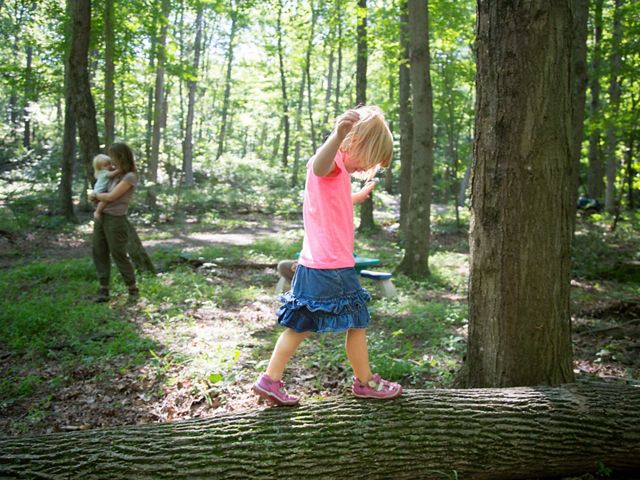 FAMILY FOREST IN PENNSYLVANIA Across the United States, 38% of forest land is owned by families and individuals who are stewards of the forest and strive every day for their own economic security. © Melissa Farlow

One of the barriers to their participation is that traditional carbon projects require landowners to invest significant up-front capital before receiving any carbon revenue. This is simply impractical for the vast majority of family forest owners.

Because carbon markets function on a large scale, those who own small acreages have not been able to access existing carbon markets—which can provide valued income from the sequestration of carbon in their forests—due to high project development costs.

Unlocking natural climate solutions at scale requires participation from government, corporations and private landowners—especially if we aim to leverage the power of forests to mitigate climate change.

These natural climate solutions, focused on the conservation, restoration and management of forests, grasslands and wetlands—can deliver up to a third of the carbon emission reductions needed by 2030. 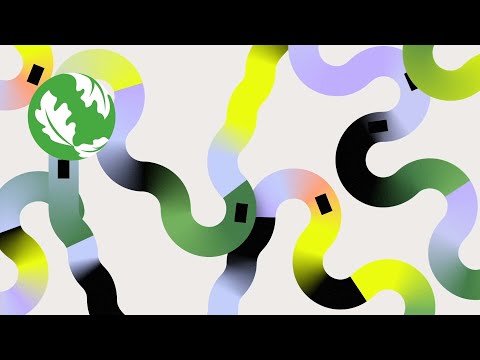 How do carbon markets work? (2:45) We need to stop new carbon and pull existing carbon out of the atmosphere to stop warming at 1.5 degrees Celsius. Trees do this! Carbon markets pay people to not cut down trees, which pull carbon from atmosphere for years to come. With less than 10 years to go it’s time to use all the tools we have.

Recent announcements indicate that several major corporations are taking this challenge seriously. For example, Amazon’s recent commitments to identify, design, and implement natural climate solutions initiatives could be a pivotal moment, leading to a transformation among companies to proactively address the carbon footprint in their business operations and their supply chains.

As Amazon’s founder and CEO Jeff Bezos said last September when announcing The Climate Pledge, “We’ve decided to use our size and scale to make a difference. If a company with as much physical infrastructure as Amazon—which delivers more than 10 billion items a year—can meet the Paris Agreement 10 years early, then any company can.”

Small landowners are often excluded from the climate conversation and the carbon credit market, which could mean sustained revenue for families and the realization of meaningful mitigation practices.

We have long known that nature has a remarkable ability to absorb and store carbon. And by protecting, restoring and sustainably managing forests, farms, wetlands and grasslands, we can enhance that ability to provide greater mitigation.

For example, a recent study led by The Nature Conservancy (TNC) estimated that improved forest management could mitigate 267 million metric tons of carbon dioxide equivalent (CO2e) per year in the U.S.—equivalent to taking 57 million cars off the road.

Now is our best opportunity

Our top priority is to take on the climate and biodiversity crises this decade.

TNC and Amazon are partnering to launch natural climate solutions with family forest owners in one of the premier conservation landscapes in North America.

TNC scientists have identified a network of lands that are disproportionately important both for conserving biodiversity and mitigating climate change. This key network is critical to allow nature to move and adapt in response to a changing climate.

The 179 million-acre Blue Ridge to Boreal landscape is the centerpiece of the network in the eastern U.S., holding more than half of the area’s carbon stocks. 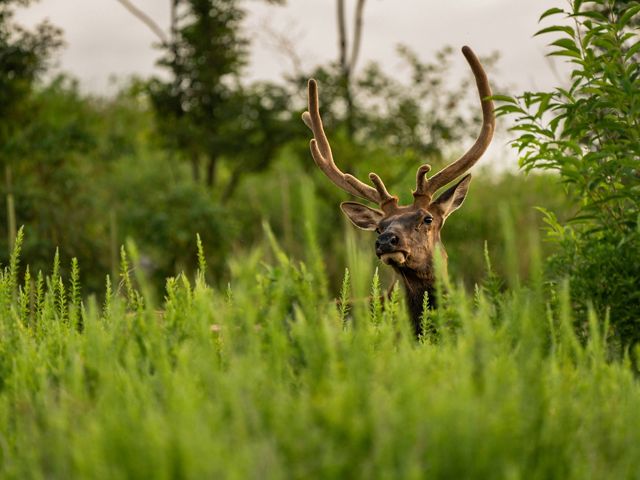 The Blue Ridge to Boreal region stretches almost 2,000 miles along the Appalachian Mountains, across 14 states and three Canadian provinces.

However, sandwiched between the heavily developed East Coast and the industry and agriculture of the Midwest, the region faces numerous threats—from energy and infrastructure development to unsustainable forest management—that are unfortunately compounded by climate change.

Climate impacts are just beginning, with plants and animals already shifting on average 11 miles north and 30 feet up in elevation per decade. Despite its unique function as a life raft for nature in a changing climate, the area is only 21% protected. This landscape is the key to a thriving future for both natural and human communities.

The Blue Ridge to Boreal region is dominated by family forestland with tremendous potential for carbon sequestration through improved management approaches.

Family-owned forests in the eastern U.S. face unprecedented challenges due to climate change, including declines in valuable tree species, the spread of forest pests and pathogens, and more frequent intense weather, threatening the economic viability of the forestry industry, and making carbon sequestration a critical opportunity for income generation.

With these priorities in mind, the American Forest Foundation and TNC have partnered to develop the Family Forest Carbon Program (FFCP) to remove the barriers smaller landowners often face—carbon market access, lack of forest management expertise and cost—to help them optimize the carbon storage potential of the 290 million acres of privately owned U.S. forestland.

Meeting that potential requires helping those individuals and families adopt a science-based approach and take advantage of incentives for specific forest management practices that measurably enhance carbon sequestration. It requires engaging local foresters that have decades of experience working with private landowners.

Through sustainable management, landowners can reduce their expenses by as much as 75% while creating a path to additional income by offering carbon benefits to brands and partners that help them reach their sustainable development goals.

And as this innovative program matures, participating small landowners will have the opportunity to demonstrate their leadership on climate issues.

The FFCP model provides incentive payments to landowners to implement sustainable practices that sequester additional carbon. In return, the landowners partner with the FFCP to bring carbon credits to market.

The program removes barriers in accessing carbon markets by bringing family forest owners together to collaborate on management approaches, carbon verification and provisioning of carbon credits. The program was launched in 2019 in Vermont by TNC and Vermont Land Trust.

Investing in the development of new technologies is essential for the future of the low-carbon economy, but companies can reduce carbon now with natural climate solutions.

The need for bold steps by big companies

Seeing the value in supporting FFCP and FCC, Amazon announced a US$10 million commitment to accelerate these programs across the Blue Ridge to Boreal landscape.

Amazon’s support puts TNC on a path to work with partners to achieve an estimated net reduction of 18.5 million metric tons of CO2 equivalent in the atmosphere by 2031, equivalent to the emissions from nearly 4 million US cars in a year.

Amazon’s funding will be transformative. It allows us to expand from early pilots to landscape-scale testing of these innovative programs.

Amazon’s commitment is the latest effort by the company following their announcement to identify, design, and implement carbon reduction programs through natural climate solutions, which will be supported by Amazon’s Right Now Climate Fund. The fund was launched with Amazon’s commitment to The Climate Pledge, a goal to achieve net-zero carbon emissions across its business by 2040—10 years ahead of the 2050 goal outlined in the Paris Agreement.

Amazon is primarily focusing on ways to reduce emissions in their own businesses—through such initiatives as 100% renewable energy by 2030, packaging materials reduction, and an investment in 100,000 electric delivery vehicles—and aims to show that bold steps by big companies will make a huge difference in the development of new technologies and industries to support a low-carbon economy.

America’s family forests represent a tremendous opportunity to use nature’s power to mitigate climate change. Over 10 million family forest owners are listening to the forests and trees.

It’s time that we all listen to them and give them the support they need. Together, we can change the future for family forest owners—and our planet.

More than a third of U.S. forests are stewarded by individuals and families, and it's time we support their conservation efforts.