Germany's DB Cargo to increases freight rates up to 45%

The DB Cargo freight transport division of German national railway operator Deutsche Bahn is making a drastic move right before Christmas: as reported by the German news magazine Der Spiegel, the state-owned company is increasing its freight rates for rail transport by up to 45%, citing increased energy costs and inflation.

According to the report, DB Cargo CEO Sigrid Nikutta confirmed the rate increase. However, only customers who pay the list price are to be affected by the price hike. According to reporting information, these customers account for only 0.06% of DB Cargo’s total turnover of EUR 4.5 bn. For customers with framework contracts, the price increase is to be smaller.

Nevertheless, the announcement sparked displeasure within the industry: “Such a pricing policy is absolutely out of the question and sends a completely wrong signal to the market,” said Eric Rehbock, chief executive of the German association for secondary raw materials and waste disposal, bvse : “At a time when attempts should be made to shift freight transport to rail as much as possible, this price increase is pure poison.”

The BDI, Germany’s federation of industries, also criticised that the higher prices for transporting goods by rail impede the achievement of climate targets and encourage a shift back to the roads 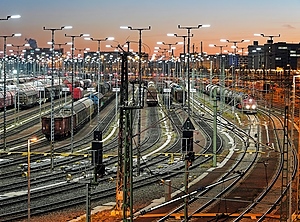