Wet weather, cardboard-box boom add to higher prices for southern pine, which have been depressed since the housing bust 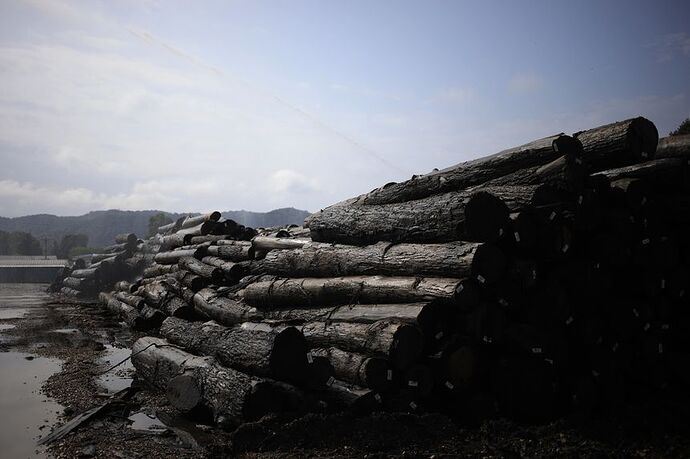 Saw timber prices have bounced from the 50-year lows of summer 2020 but remain well below those of two decades ago.

Wet weather has helped, too. A lot of woodlands are too mushy to log, putting a premium on trees that can be harvested from dry ground.

Analysts, foresters and timberland owners say it is still too early to call an end to the timber bust and recovery is uneven, absent in areas far from mills. But the average price in the South for pine trees used to make lumber hasn’t been higher in more than a decade.

Saw timber rose to $26.44 a ton during the fourth quarter, according to TimberMart-South, a pricing service affiliated with the University of Georgia’s forestry school. Though saw timber prices have bounced 18% from the 50-year lows of summer 2020, they remain well below the $40-plus that big logs fetched two decades ago.

“Prices are trickling up,” said Jody Strickland, chief business officer at F&W Forestry Services Inc. “All these weather events we’ve been having and the shortage of labor have led the mills to have trouble keeping inventory.”

Meanwhile, cardboard boxes have never been more in demand, thanks to the rise in e-commerce during the pandemic. The American Forest and Paper Association said this week that U.S. production of containerboard, which is used to make shipping boxes, reached a new high in 2021, up 5.6% from the year before.

Prices for lower grades of pine timber, such as the young, thin and knotty trees that are pulped for paper and cardboard, have climbed even more sharply than saw logs, rising by about a third since summer 2020, according to TimberMart-South. Hardwood, which comes from deciduous trees and is used for flooring and furniture, is also up.

Forest2Market Inc., a company that tracks timber sales in the region, said the weighted average price paid to southern landowners for all types of timber rose 21% over the past year to its highest level since late 2007, just before a speculative housing bubble burst and the mortgage market unraveled.

The housing bust ruined demand for lumber just as a lot of trees planted in the 1980s with government subsidies reached maturity. The surfeit of ready-to-cut trees sent prices for one of the region’s top cash crops plummeting and soured timber investments for thousands of Southerners and institutional investors alike.

The renovation and housing booms that were ignited by the pandemic sent lumber prices soaring to new heights, but failed to lift the fortunes of timber growers, such as Joe Hopkins, whose family business has about 70,000 acres of slash pine along the Okefenokee Swamp in southeast Georgia.

Mr. Hopkins said that there was a significant jump in what he was paid for trees late last year and that prices have remained strong so far this year thanks to all the rain that fell on the South in 2021. 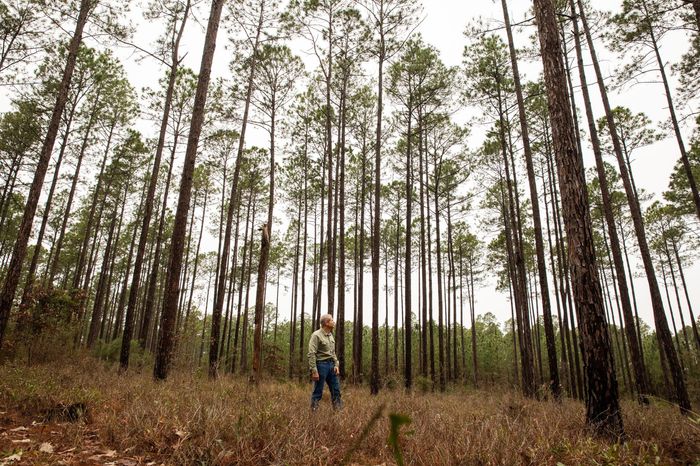 Joe Hopkins’s family business has about 70,000 acres of slash pine in southeast Georgia.

“The first time lumber went extremely high we did not get a bump in price because it was dry,” he said.

Mills tend to increase purchasing during periods of inclement weather to ensure they don’t run out of raw material if loggers are unable to work. “The last thing they want to do is run out of wood,” said Joe Clark, Forest2Market’s global sales manager.

Sawmill owners including West Fraser Timber Co. and Interfor Corp. have earned record profits cutting cheap pine trees into high-price wood products and have used some of the cash to buy more mills in the South and boost output. More productive mills should mean better prices for growers sooner than had been expected a few years ago.

Tom Sarno, global head of timberland investments at Manulife Investment Management, which oversees about $11.5 billion worth of woodlands in the U.S. and five other countries, said the investment in mills should bring Southern timber supply and demand into balance this decade.

That in turn, he said, is driving investor interest in timberland, traditionally considered a hedge against inflation and increasingly used to generate carbon-offsets, which are created when companies pay landowners not to cut down trees in order to make up for corporate greenhouse-gas emissions.

“We expect to be buying substantial timberland assets this year,” Mr. Sarno said. “We have the capital and confidence from investors.”

Are WSJ articles a topping indicator?