In February, exports of log from Russia to EU fall 43%, plywood 41%

In February 2022, Russian log exports to the European Union fell by 43% to 195.8 thousand m3, according to Lesprom Analytics. The country’s share in European log imports decreased by 26.7 pp to 20.8%.

The fall in exports from Russia to the EU began after Russian invasion of Ukraine on February 24, 2022. The EU countries have imposed a ban on the import of goods from Russia and Belarus, as well as the largest certification systems PEFC and FSC have suspended the trade certificates of these countries.

In 2021, the value of log exports from Russia to the EU was $245 million, the plywood exports was $727 million, lumber $1.39 billion, and pellets $294 million, according to Lesprom Analytics. In 2022, due to the ban on deliveries to Europe, the value of Russian timber exports may decrease by $2 billion.

In 2021 Russia announced a complete log export ban starting in January 2022 in order to keep the primary manufacturing jobs in Russia. 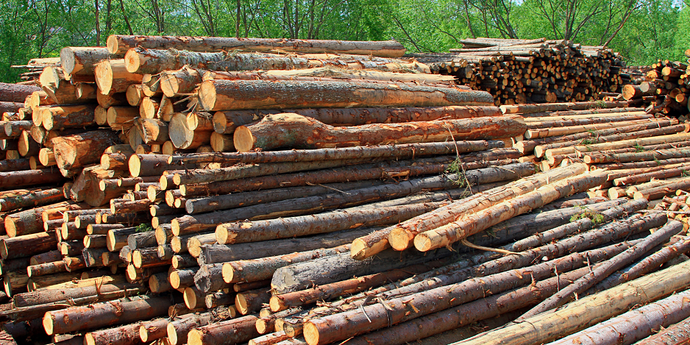 Russia's Log Export Ban: How will it impact the global market?

A ban on the export of all softwood logs and high-value hardwood logs from Russia will begin in Jan 2022, and it will have a far-reaching knock-on impact on the global market.