The U.S. Census Bureau and the US Department of Housing and Urban Development released October 26 new home sales and house price data for September 2021. New home sales comprise 10% of real estate activity and are considered a leading housing market indicator as they are recorded when contracts are signed. 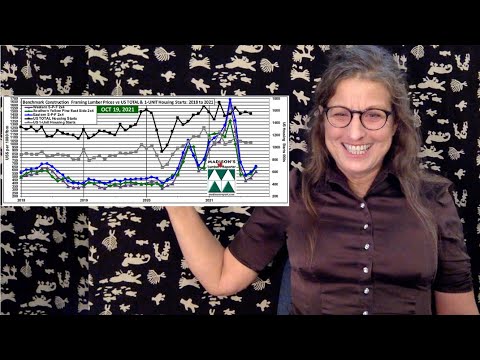 Bumping up and down for the past few months, US total housing starts for September 2021 dropped by -1.6% to a seasonally adjusted annual rate of 1.555 million. Continuing to make year-over-year gains, for September 2021 total residential starts in the US rose by +7.4% from the same month one year ago, when it was 1.448 million.

Excellent analysis on the housing starts @Madison_s_Lumber_Rep (you can track the daily/weekly housing starts data on one of our graphs in the Pakira Forum) – but your insights are invaluable!

@Madison_s_Lumber_Rep do you expect lumber, plywood, and OSB to follow housing?

Yes. Next year for US housing starts looks good (y)

@Madison_s_Lumber_Rep thank you for this great analysis! Incredibly informative!

To receive the full data and commentary update on time, not just this weekly snapshot after-the-fact, go ahead and subscribe: Subscribe to Madison’s Lumber Reporter